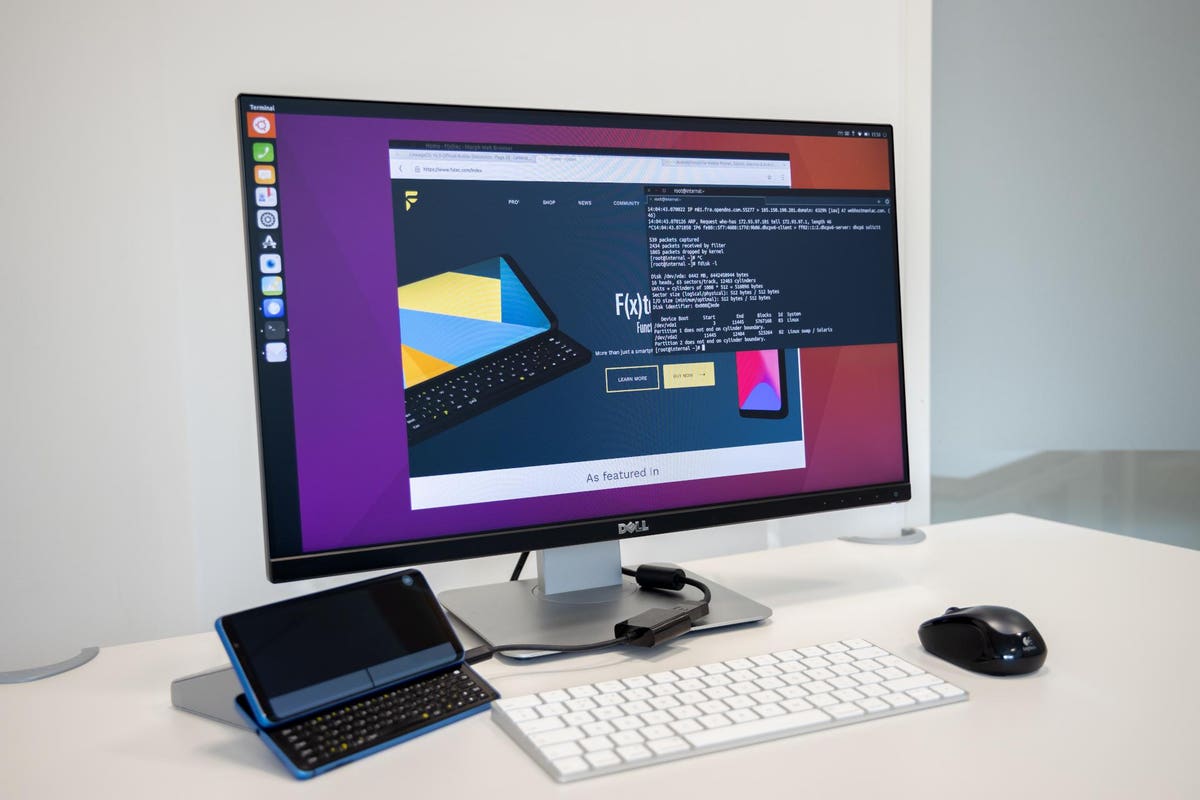 If you like linux Where Android, loved the Nokia N900 and miss the glory days of physical keyboards on your phone, say hello to your Christmas present ahead of time. UK based F (x) tec and the renowned XDA smartphone community have joined forces to create a beautifully designed, privacy-focused smartphone that not only looks great, but marks an important first: the Pro1-X comes with LineageOS, a pure Android alternative. ready to use.

That first paragraph was probably enough to hook many of you, so if you want to skip the finer points, feel free to skip ahead to the Indiegogo page (this is not a fundraiser; the phone is already built and on sale for a limited time).

What’s particularly appealing (aside from that sapphire blue exterior) is that you can also get the Pro1-X that comes with Ubuntu Touch preinstalled. Or you choose the more traditional and go for Android. It’s a refreshing choice for a consumer smartphone.

“Our community has been actively helping people move beyond the traditional smartphone experience for almost 20 years,” says Nirave Gondhia, Content Manager at XDA. “For over a decade, we have supported the development and distribution of alternative Android operating systems, and we are delighted to bring our community the first consumer smartphone to run LineageOS out of the box.

Compatibility doesn’t end with Ubuntu Touch, Android, or LineageOS. Via its partnership with XDA and the wider developer community, F (x) tec tells me (watch our video interview, embedded just below) that several additional mobile operating systems like Sailfish OS and Armbian are in the works. execution. natively on the Pro1-X.

Above: Watch the full PRO1-X interview with the F (x) tec team

What really strikes me is that we finally have access to a high-end, Linux-compatible smartphone that doesn’t skimp on specs. You get a gorgeous 6-inch AMOLED curved display, two SIM slots, up to 8GB of RAM, up to 256GB of on-board storage, optional expandable storage, and a fully capable Snapdragon 835 processor.

When we think of Linux-centric smartphones, conversations usually revolve around the PinePhone from Pine64 and the Librem 5 from Purism. While the former comes at a terrific price point, it compromises too much to be considered a mainstream everyday driver’s phone. And don’t get me started on the latter, which is overpriced and still hasn’t shipped in its promised final form.

I’m especially excited about the convergence factor with Ubuntu Touch. Everyone agrees that every aspect works flawlessly, including user interface gestures and using the Pro1-X display as a touchpad when connected to an external monitor.

While my sausage fingers might not like such a small keyboard, the ability to instantly turn my Linux smartphone into a Linux desktop is awesome.

To learn more about the Pro1-X, the partnership with XDA, and the philosophies guiding the device’s design, check out the exclusive Linux maintenance for everyone with F (x) tec.