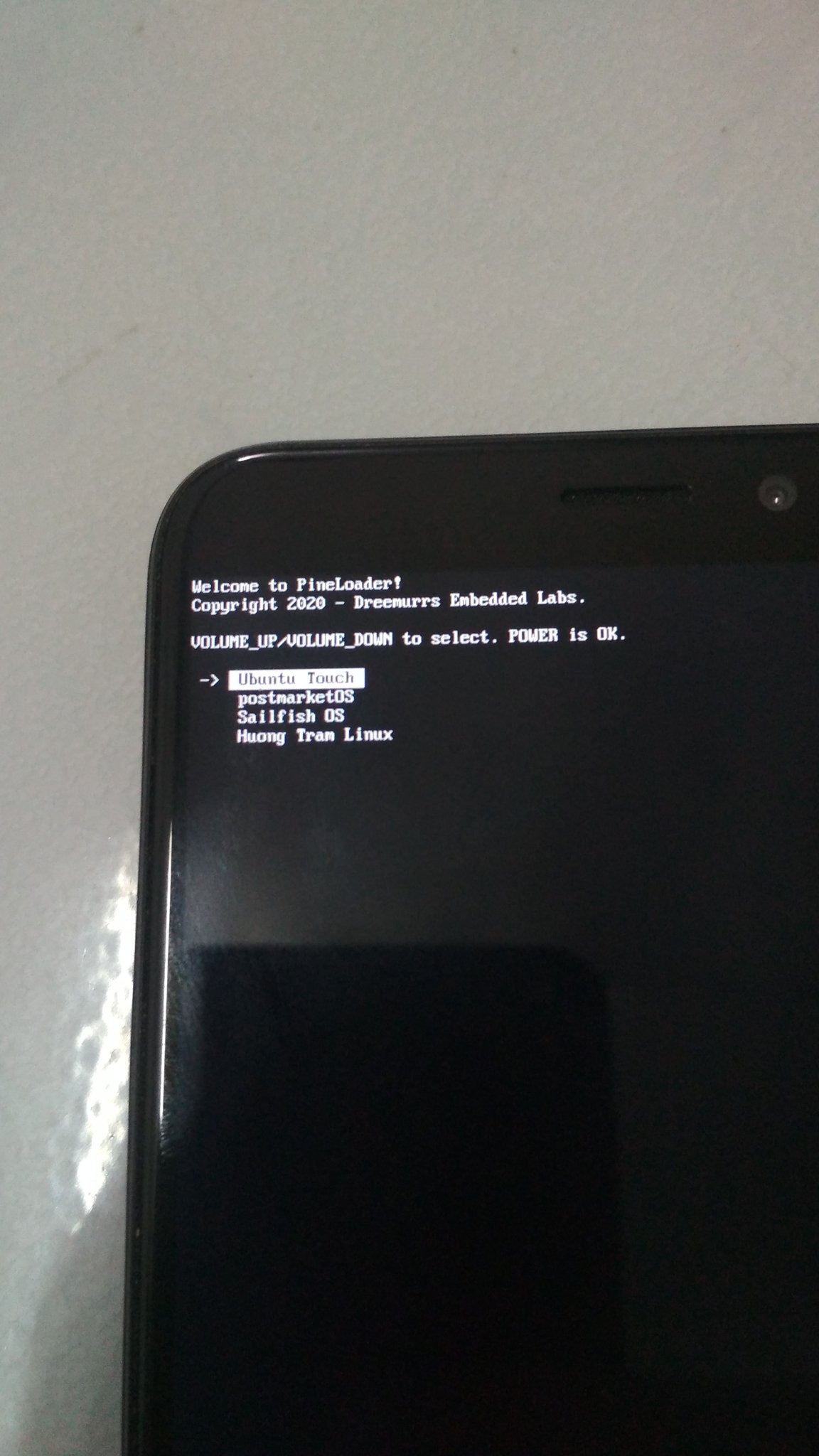 I’ve said it before and I’ll say it again: The world of Linux phones is changing so fast that it’s probably only a matter of years before it finally becomes an alternative to Android and iOS.

And while it’s hard to imagine at the moment, Linux on mobile phones is gaining more and more ground, with new projects allowing new features that would otherwise not be possible on other mobile platforms.

A photo posted by the developer Danct12 on Twitter shows the Pineloader in action, allowing you to choose from four different operating systems on the PinePhone, namely Ubuntu Touch, postmarketOS, Sailfish OS and Huong Tram Linux.

Selecting the Linux operating system you want to use

Operating system selection can be done with volume up and volume down as touching does not work in this menu, then confirmation of selection is possible with power button.

While to many this doesn’t sound like big news, it actually is mostly because a multi-bootloader opens the door for many other Linux-based projects on the PinePhone.

For now, however, the world of Linux on phones still seems to be primarily aimed at power users, and as said before, a few years of improvements are still needed until it can become an alternative to Android and iOS.

Fortunately, everything seems to be going in the right direction, so let’s keep our fingers crossed that all of these projects move forward exactly as they are supposed to move forward in the first place, so that Linux on cellphones can eventually become a common thing.