We can download Fedora Linux for free to install it on a PC, laptop or virtual machines. It is developed and maintained by the Fedora Project community while being sponsored by Red Hat. It was born when in 2003, Red Hat decided to turn its Linux distribution for end users into a community project, and this is how the Fedora distribution was born. Fedora uses and publishes software available under a free license. The project is led by the Fedora Project Board, which includes community members as well as Red Hat employees.

The main goal of Fedora development is to provide a new, versatile and free (open source) operating system. And being an upstream source code for the commercial Red Hat Enterprise Linux distribution, it helps a lot in the development and stability of RHEL.

Therefore, in short, it is a testing platform for many new technologies, and technologies considered available will eventually be added to Red Hat Enterprise Linux.

Fedora Linux is known for its versatility, so it comes in five editions to target a variety of users.

1. Fedora Linux Workstation- This is a standard Linux Desktop operating system provided by the Fedora community. The Workstation edition comes with a user-friendly desktop environment, by default GNOME, but others are available with another user interface and can be downloaded as Spins such as Cinnamon, XFCE, KDE, LXQT, LXDE, and SOAS Desktop.

2. Fedora server – The server version is intended to run on server machines with minimal interface and the latest data center technologies. It comes with Fedora Modularity, a tool that allows users to create multiple major versions of your software for multiple versions of Fedora versions.

3. Fedora CoreOS – As the name suggests, this Fedora Linux provides a minimal ISO that only includes essential packages. CoreOS is lightweight, therefore intended for deployment in cloud computing and containers.

5. Fedora Silverblue – This Fedora Linux edition is for users who have an immutable operating system image with reliable updates and easy restores. It uses rpm-ostree, comes with Gnome as user interface and Flatpak. Therefore, extremely stable and reliable Linux for developers and users using container-driven workflowsâ€¦

It also supports Raspberry pi and for that we can download custom Fedora like Pidora and FedBerry distributions.

Before the Fedora project releases each stable version, it will release three test versions for users to test and help with improvement.

Fedora inherits the Red Hat Linux Anaconda installation interface, desktop environment (including Gnome and KDE), RPM package manager, multilingual support, and many configuration tools, so users accustomed to using the Red Hat operating system will feel quite familiar. For this reason, Fedora users won’t face too many differences when migrating to systems like RHEL and CentOS.

Due to its almost half-yearly release cycle, Fedora is very quick in introducing new technologies. Usually each version will feature the latest version of Xorg, Gnome, and KDE.

Fedora uses the DNF (formerly YUM) tool to help manage RPM packages, effectively avoiding the dependency hell problem. Also, users can use dnf to easily get features that Fedora did not include due to patent rights, such as MP3 playback support, DVD video support, and DVD video support. of the NTFS file system.

Fedora also has another package library for Bleeding-Edge software called Rawhide, the software package under development will first be released to Rawhide and then uploaded to Fedora package library. Rawhide is updated quite frequently and is not suitable for general work, but it is still used by some developers and testers as the main working system. 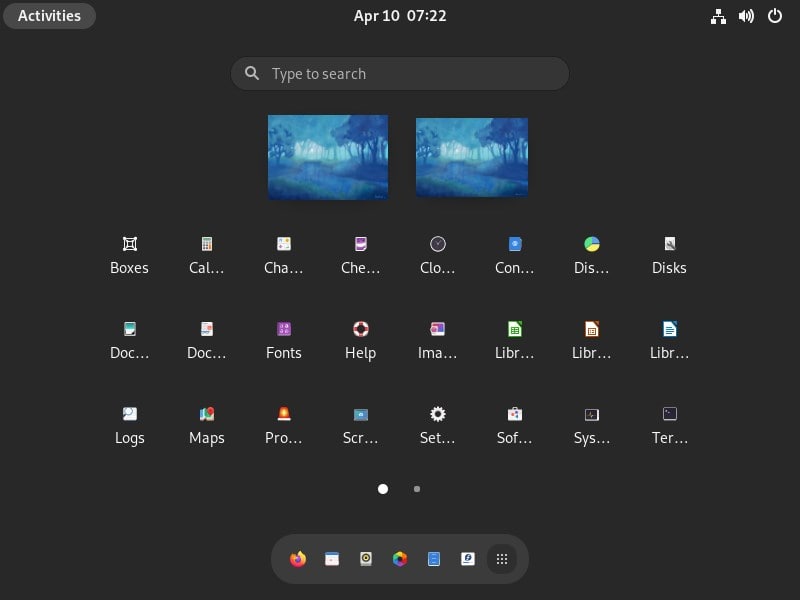 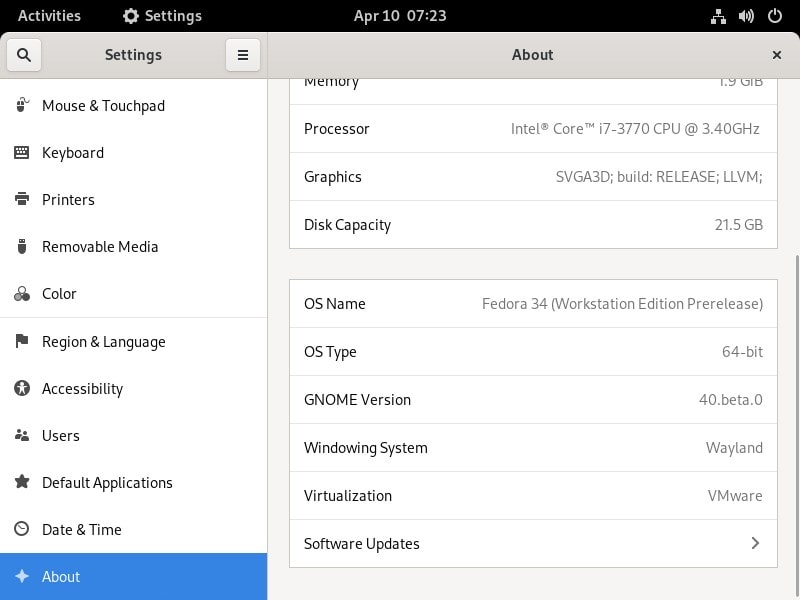 The Fedora Linux distribution contains the following desktop environment (s) by default: Gnome. Other office environments can be installed later or Tours such as Cinnamon, XFCE, KDE, and more …

Yes, this Linux distribution is available as Live Linux.

This Linux distribution is well suited for Linux beginners.

The Fedora Linux distribution is suitable for everyday use as a desktop operating system.

This Linux distribution contains multiple languages, by default it uses English, however, user can change it to Dutch, Spanish, French, Chinese, etc. Installation and live media can be tuned directly in Hindi and other languages.

The developers of the Fedora Linux distribution are known to provide the latest technology and stable packages. For this reason, stable software versions are used almost exclusively in this Linux distribution. Experimental software, such as beta versions, is avoided. Hence, one can use it for development, office or personal use.

No, this Linux distro will not be released in progressive versions. Rolling release means that no new release of a Linux distribution is released, but is continuously updated. While the conventional method used by Fedora, the latest updates come with the new version. And often these distribution versions even have to be completely reinstalled. Such version upgrades are not required for progressive versions. For example, a continuous version distribution that has been running for 5 years and has been constantly updated has the same status as the same distribution that was freshly installed.