the Astro slide is a smartphone with a 6.5 inch AMOLED touchscreen, MediaTek Dimensity 800 processor, 8 GB of RAM, 128 GB of storage, 4000 mAh battery and plug-in wireless charging charging. But it’s not the features that make this phone unusual.

It also has a physical keyboard that slides behind the screen, allowing you to use the Astro Slide as a small laptop. And while it ships with Android, the phone is also working with mobile Linux developers to ensure that it will be able to support GNU / Linux distributions like Ubuntu Touch.

Planet Computers first unveiled the Astro Slide almost two years ago when the company launched a crowdfunding campaign. But it was also close to the start of the global COVID-19 pandemic and the global supply chain shortage that was at least partially caused by the pandemic.

So it’s no surprise that things didn’t go exactly as planned – when Planet Computer showcased the Astro Slide at the 2021 Consumer Electronics Show, the company planned to start shipping the phone to backers in June. 2021. This has not yet happened.

But Planet Computers says its manufacturing partner started serial production of the Astro Slide this month, and the company plans to showcase the final version of the phone next week at the 2022 Consumer Electronics Show.

The Astro Slide will be available with several keyboard layouts, including British English, German QWERTZ and Arabic. And Planet Computer has started testing support for 5G mobile networks in several regions, including the United States, where the phone appears to work well with T-Mobile and Verizon, but which only appears to support 4G on AT&T. until now. It has also been confirmed that he will work with DoCoMo in Japan and Telia in Finland.

While the Astro Slide is Planet Computers’ most powerful phone to date, it’s not the company’s first phone that looks like a mini-laptop. It’s also not the first to take longer than expected to ship.

But these devices were more mini laptops than phones, as they had limited functionality when the clamshell devices were folded. The Astro Slide has a new design that allows you to use the touchscreen whether the keypad is visible or hidden, allowing you to choose to use the device in phone or mini-laptop mode. 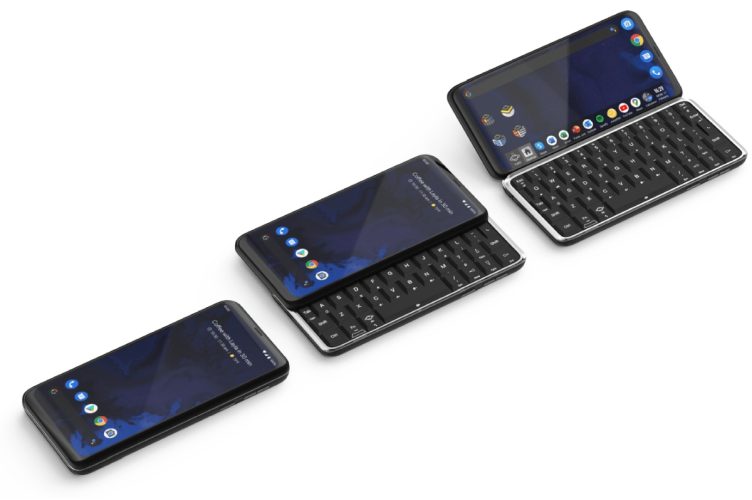 Here’s a look at the key specs of the Astro Slide:

The phone is still on pre-order for around $ 600 via an Indiegogo InDemand campaign.